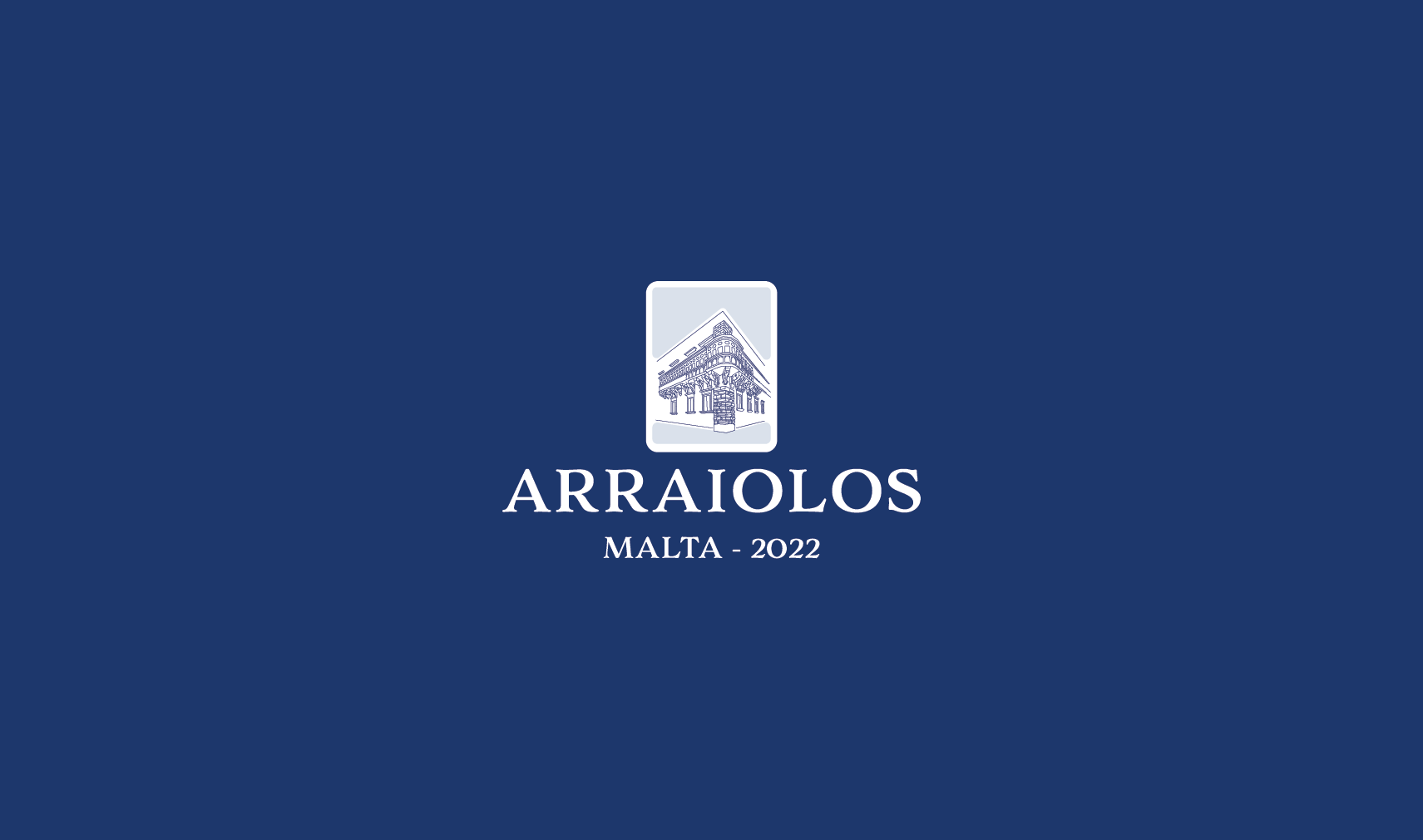 The formation brings together Heads of State of European Union Member States, who do not have exclusive executive powers.

The name of this group is derived from the Portuguese town of Arraiolos, which is where the Heads of State originally convened in 2003.

At the time, it was only six Presidents that formed this grouping. The meeting was hosted by former Portuguese President, the late Jorge Sampaio. The Group will therefore celebrate the twentieth anniversary since its establishment next year.

Malta joined the Arraiolos Group in 2015 and participated in the discussions hosted by the former President of Germany, Joachim Gauck. Soon after, it was Malta’s turn to host its first Arraiolos Meeting in September 2017.

His Excellency George Vella joined other Heads of State that convened in Athens in 2019 and in Rome in 2021. No Arraiolos Meeting was held in 2020 due to the restrictions imposed by the COVID pandemic. 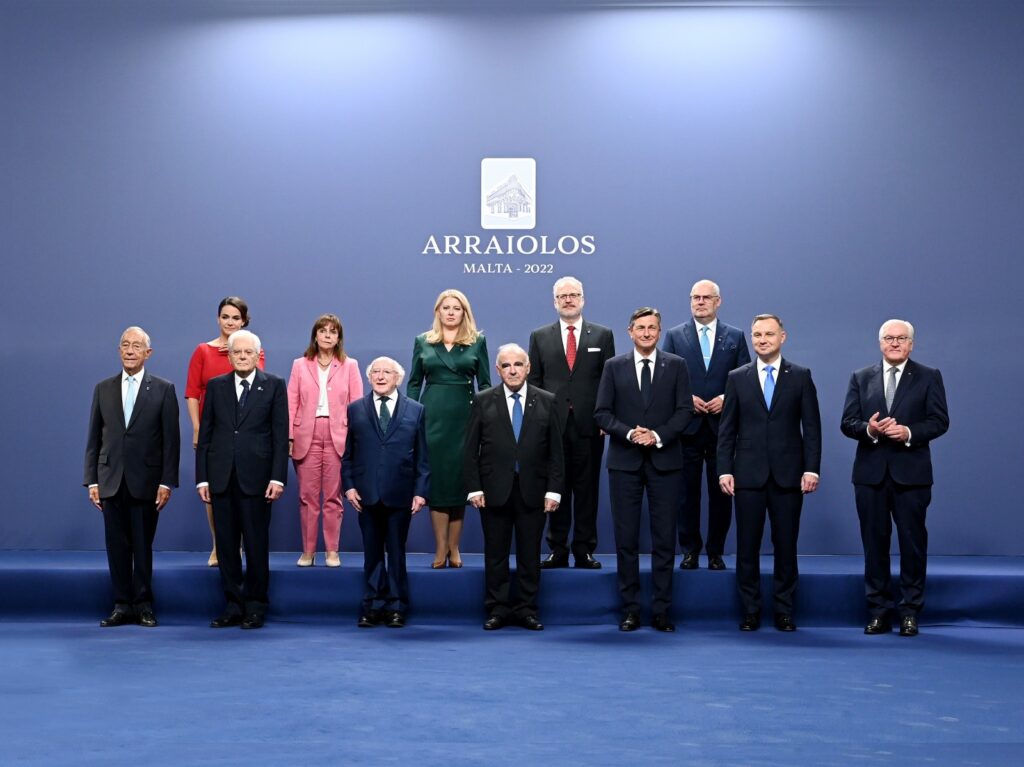 During their latest meeting in Rome, it was agreed by consensus that the upcoming meeting would be hosted by President George Vella in Malta.

Preparations started very early, for an official programme that will span over the full day of 6th October.

It is customary that Heads of State are accompanied by spouses/partners for the Arraiolos Meeting. First Lady Mrs Miriam Vella will be hosting her counterparts with a separate programme of events. 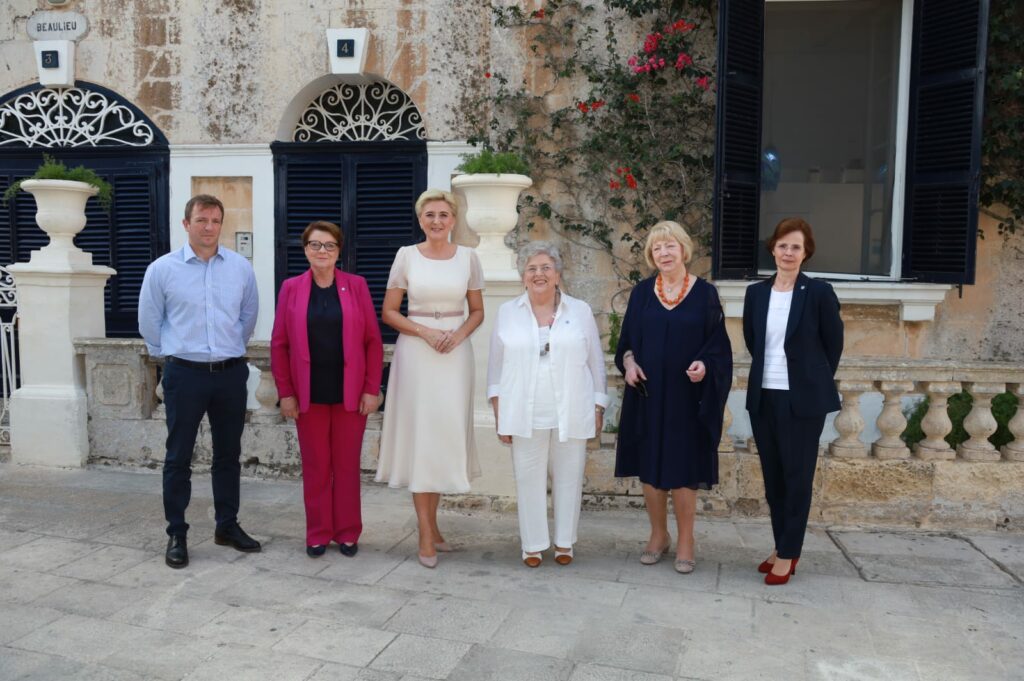 Discussions by Heads of State will be addressing pressing matters such as security and stability in the Eastern and Southern neighbourhoods of the EU and the EU’s global role and international relevance, also in light of the 65th Anniversary of the Treaty of Rome this year. It is expected that the war in Ukraine and the continued instability in the Mediterranean will be part of the exchanges.

Heads of State will also use this occasion to discuss ways by which the EU can contribute to overcoming global social injustices such as hampered access to vaccinations and health, education, and mobility, as well as other prevailing challenges such as famine in Africa, through multilateral action.
The Malta Arraiolos 2022 is expected to further reinforce the Group’s outreach, as Slovakia will be represented for the very first time.