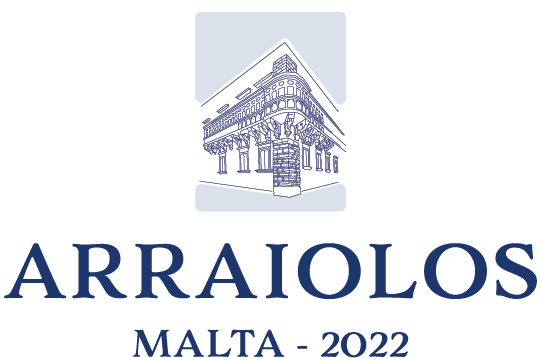 First of all, thank you very much for joining us this morning and I also thank members of the media who will be following us online.

We called this meeting today to officially launch the preparations that are going to lead to the holding of the Malta Arraiolos meeting which we will be hosting on the 6th of October this year.

By way of background, the ‘Arraiolos’ Group is composed of Non-Executive Heads of State of the European Union, and the members of the Group are Bulgaria, Germany, Italy, Estonia, Ireland, Greece, Croatia, Latvia, Hungary, Austria, Portugal, Poland, Slovenia, Finland, and, of course, Malta.

For the first time, however, since the creation of this group, we are going to include a new member, that is Slovakia, and they will be joining us for the Malta meeting in October. Over the summer months, President Zuzana Čaputová had expressed interest in becoming a member of this group and participating in the Malta meeting, and we have confirmed her participation after obviously consulting with other members of the Group.

So, as you see, there is a very wide regional representation because there are member countries from the Baltics, from Central Europe, Mediterranean countries as well as from the Western Balkans.

These meetings are traditionally held once a year, usually in Autumn. And over the past couple of years there were some changes to this pattern, obviously because of COVID. The 2020 session was postponed to the following year. As a matter of fact, in 2017 it was held here in Malta, in 2019 it was held in Athens and in 2021 it was held in Rome.

As information, I can say that the group was first convened in 2003, in the Portuguese town of Arraiolos, from where it takes its name.

The first host was former Portuguese President Jorge Sampaio, who incidentally passed away in 2021. Next year will mark the 20th anniversary of the Group. And that is why the Arraiolos meeting of 2023 will be held in Portugal to commemorate this 20th anniversary.

Way back in 2003, the issues that led to the convening of the first meeting were, at that time, the preparations for the Enlargement of the EU. As you know Malta was one of the members who joined the EU in 2004, so in 2003 it was on the eve of this enlargement. And there were lots of discussions that were held which had to do with what was happening at that moment, the convention that was meeting at that time, to come out with a Constitution for Europe, which, as you know, eventually was not adopted by all the member countries.

I have to say that the first meeting of Arraiolos consisted only of six Heads of State.

Since then, as I mentioned earlier, the group continued to grow and evolve in content and themes, so that now we are looking at a group of 16 (including Slovakia – as previously mentioned).

The themes that are usually discussed vary between themselves and tend to respond to the challenges and the situation of the day. They range from hard security issues and pressing regional developments, to economic and financial challenges, the social component of the EU, multilateralism, the relation between institutions, and also the interests of European citizens.

But anything can be brought up by the participating Presidents. There are no hard and fixed limits as to the agenda.

I also have to note that this Group has no permanent structures. It is a lose association of Presidents, there is no Secretariat, and there are no final declarations or conclusions.

Malta first attended an Arraiolos meeting in 2015, in Germany, when President Emeritus Coleiro Preca was invited to participate by then German President Gauck.

Since then, we were present for the Meetings held in 2016 (Bulgaria); 2018 (Latvia); then I attended the meeting of 2019 (Greece) and the very latest one held in Italy only last year.

In 2017, it was Malta’s turn to host the Arraiolos Heads of State meeting. This was hosted by President Emeritus Coleiro Preca.

Since taking Office, I attended the meetings held in Athens and Rome, the former by President Prokopios Pavlopoulos, and the latter by President Sergio Mattarella in Rome last year.

On both these occasions, I can say that I found the discussions very informative, very frank, and very open.

As I said, this has no formal structure, there is no binding outcome document, or Conclusions. The participants have the freedom to speak very openly, especially on those issues they feel that are a priority for their own countries.

As one can imagine, this is an excellent opportunity for networking in a very relaxed atmosphere.

When I was in Rome last year, the decision was taken rather casually to hold the meeting, during lunch, where we were asked whether we could host the meeting again, and we would have opted for 2023. But then the Portuguese President told us that they would have loved to host in 2023 themselves to commemorate the 20th anniversary and it was agreed that we hold the meeting this year, in October, and they will hold the 2023 meeting.

So this will be the 17th session of the meeting, with the programme spanning over the whole day of the 6th of October. The proceedings will take place at the Mediterranean Conference Centre in Valletta.

I have to announce with pleasure that all Heads of State, except President Van der Bellen of Austria and President Sauli Niinistö of Finland, have confirmed their participation. They have conveyed their regrets, as they will be engaged in commitments in their own countries. I am still referring to the Presidents of Austria and Finland. As mentioned earlier, the President of Slovakia will also be joining us for the first time here in Malta. And I have to say that even President Mattarella, in spite of the political developments happening in Italy at that moment in time, has confirmed that he will be coming to Malta for the meeting.

Very briefly, the programme will consist of an informal welcome dinner for Heads of State that will arrive in Malta on the 5th of October, the eve of the meeting itself, then the official meeting will take place on the whole day of the 6th of October.

The actual meeting will consist of two working sessions, and the traditional joint press conference by all Heads of State at the end of the meeting will take place once the meeting is finished. We will reconvene in the evening for the Official Dinner at the Grandmaster’s Palace in Valletta, and that would mean the conclusion of the Malta Arraiolos Meeting.

During the following day, the 7th of October, I will be receiving a number of Heads of State for bilateral meetings at Sant’Anton Palace. Meetings which they have asked for, for the moment it is only three, but we will see whether there will be more requests.

In terms of substance, our discussions in Malta will be addressing pressing matters which cover a whole gamma of subjects. I will just go through some of them, which we think would be covered but as I said it is open. I am sure that there will be a frank stocktaking of the institutions, because this would be the commemoration of the 65th anniversary of the Treaty of Rome, the quantification of the effectiveness of the EU as a global actor in the face of imminent threats, obviously concentrating on the Eastern and the Southern neighbourhoods, and obviously we will be dealing with hard security concepts and structures. And in the light of what is happening with the war in Ukraine, I am sure that most of the time, most of the discussion, will be taken up with that particular issue.

Then there are horizontal issues like climate change, migration crises and energy diplomacy. Another issue which could be discussed is what do we mean by solidarity, because many countries in the EU are talking about what is meant by solidarity.

At the other end of the spectrum, there could also be an academic discussion on the EU at the heart of the ideal of global social justice. We have just been through COVID, and one could reflect on the strength and weaknesses of the cohesion policy of the EU, the broader multilateral level, and how one can reduce global disparities, especially in the light of what we have been through during COVID. On this topic I am thinking more in terms of access to health, vaccines, medical care, education, employment, mobility; things which we have seen, I dare say, faltering when we came to the crunch during COVID, especially in the first months.

I am sure that there will be a lot of discussions about the Conference on the Future of Europe, which, as you know, has finished and by that time, by 6th October, we will also have had the speech on the State of the Union by Ursula von der Leyen, which I am sure will be also subject for discussion.

As a small detail, it is customary that Heads of State are accompanied by their spouses and partners for these meetings, and my wife will be therefore hosting her counterparts with a separate programme of events.

I think that is practically all I had to say about the subject, about the location.

I will leave it to the Secretary to the Presidency who will now give you a more detailed explanation of the programme and all the logistical aspects of the meeting.

I really look forward to meeting you again in this context, during the closing Press Conference of the Malta Arraiolos on 6th October, and that will be held at the Mediterranean Conference Centre.