From Grand Masters to Presidents of the Republic

The Valletta Palace is the official seat of the President of the Republic of Malta. It is located at the centre of the capital city, Valletta, and has been the seat of authority in Malta ever since the times of the Order of St John. It was back then known as the Magistral Palace, later renamed Palais National during the French period (1798- 1800), and subsequently become known as the Governor’s Palace during the British Period (1800-1964).

The Valletta Palace is a good example of Italianate-style architecture with two centrally located courtyards in an otherwise double-square symmetrical layout. Both courtyards can be accessed from two imposing doors on the main facade and access to the building from all surrounding streets.

The site was amongst the first to be built in the new city of Valletta following the laying of its foundation stone in March 1566. A previous building on site, built around 1569 by the Knight of Malta Eustachio del Monte, was temporarily used by his uncle, Grand Master Pietro del Monte (1568-1572) as Magistral Palace following the transfer of the Order’s administration from Vittoriosa to the new city of Valletta in 1571. The first Auberge of the Langue of Italy was also built adjacent to it and within the same block around 1571. These two buildings were rethought, remodelled, and connected by Grand Master Jean L’Evesque de La Cassière (1572-1581) around 1574 to become the Magistral Palace.

The Throne room, originally known as the Supreme Council Hall, and the main spiral staircase date back to the original palace structure built by La Cassière. This is the main hall of the Palace that was subsequently renamed the Hall of St Michael and St George during the early British period. The main feature of this hall is the narrative cycle of the Great Siege of Malta (1565) painted by the Italian artist Matteo Pérez da Lecce (1547-1628) who was later to work in Seville (Spain) and Lima (Spanish Viceregal Peru).

The Palace was built in stages over time, with each Grand Master adding halls and apartments as required. Grand Master Hugues Loubenx de Verdalle (1582-1595) built the summer apartments along the east-facing wing of the building. The Palace Armoury, later to become the seat of Malta’s Parliament, was built by Grand Master Alof de Wignacourt (1601-1622) in 1604 and considered to have been one of the most equipped armouries in all Europe. In the 1740s, Grand Master Manuel Pinto da Fonseca (1741-1773) made extensive alterations to the building and gave it its present configuration. Pinto’s renovations included the construction of a clocktower in one of the courtyards known as the Moors’ clock.

The Palace is a rich repository of works of art most of which date back to the times of the Order of St John. Portraits of reigning monarchs presented as diplomatic gifts complement a collection of Grand Masters’ portraits hanging along the main corridors and halls. The highlight is without doubt the tapestry set known as Les Teintures des Indes purposely commissioned by Grand Master Ramón de Perellós y Rocafull (1697-1720) to the Gobelins Manufactory for the Grand Council Chamber and presented in 1710. The decorative schemes of the main corridors connecting the various chambers and halls were decorated with frescoes by the Sienese painter Nicolau Nasoni (1691-1773) in 1724, during the magistracy of António Manuel de Vilhena (1722-1736).

The Palace was the seat of Malta’s successive parliaments from the first Constitutional Parliament in 1921 to current legislatures until 2015 when the House of Representatives relocated to the purpose-built Parliament House at the entrance to Valletta.

The Palace State Rooms and the Palace Armoury are open to the public. Access is managed by Heritage Malta. Major restoration works are also currently underway on the building and its contents. These should be completed in the coming months. 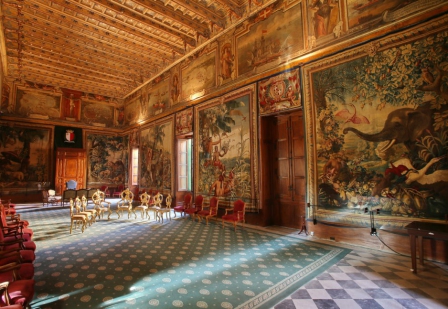 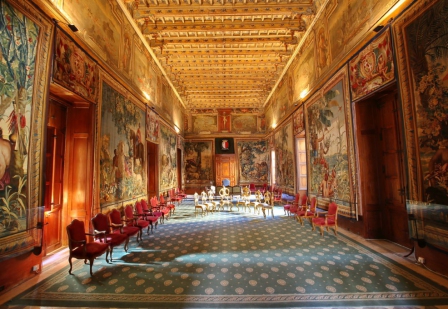 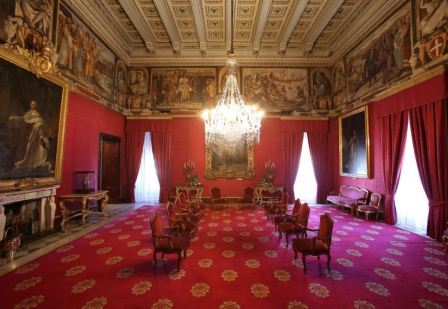 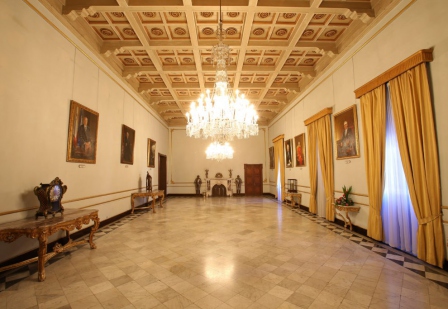 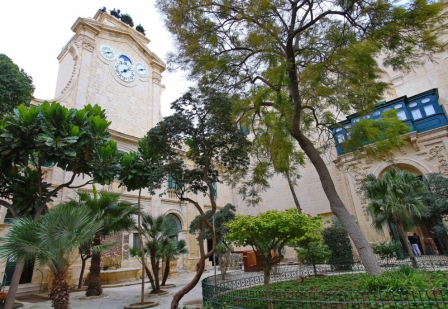 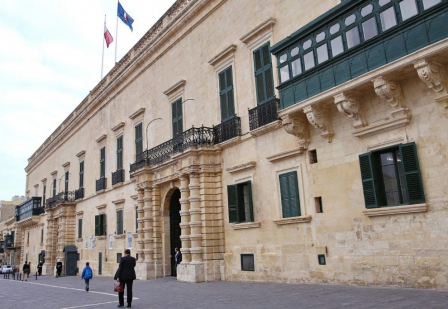 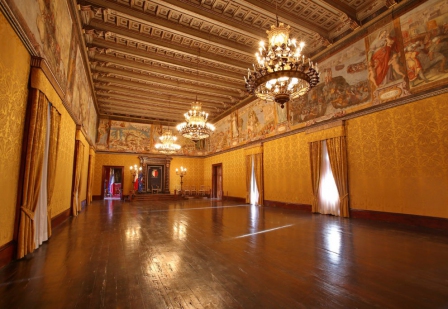 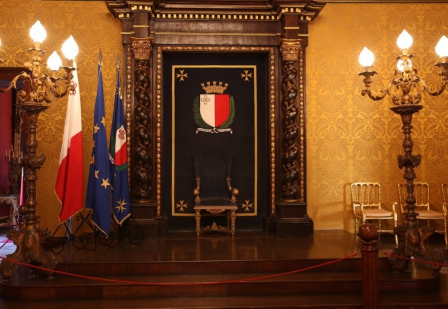 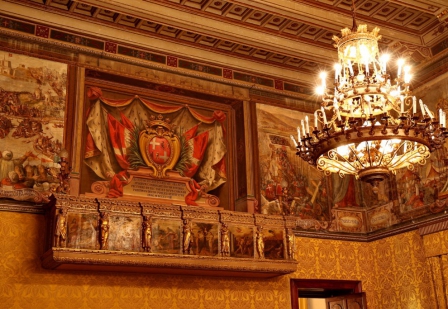 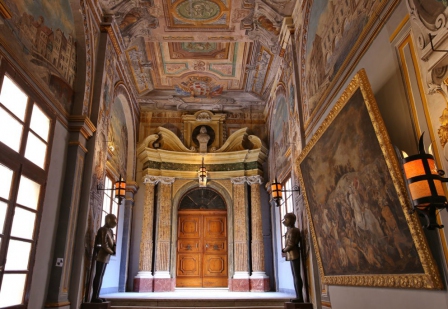 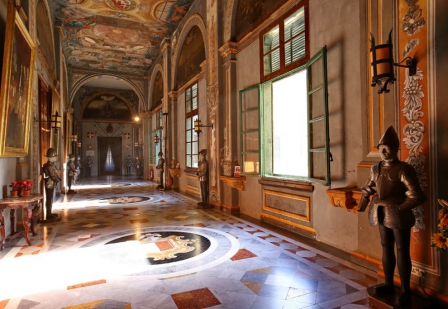 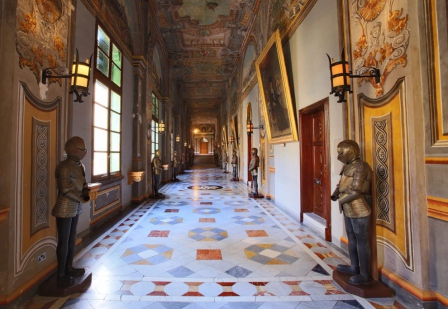