The President launches the Arraiolos Group meeting of 6 October 2022

President of Malta George Vella officially launched the 17th Informal Meeting of the Non-Executive Heads of State of the European Union, known as the ‘Arraiolos Group’ of 6 October 2022.

The President of Malta said that the Presidents of 13 countries will attend this meeting: Bulgaria, Germany, Italy, Estonia, Ireland, Greece, Croatia, Latvia, Hungary, Poland, Portugal, Slovenia and for the first time they will be joined by the President of Slovakia, Zuzana Čaputová.

The ‘Arraiolos Group’ will meet in Malta as after the last meeting held in Rome in September 2021, the President of Italy, Sergio Mattarella, invited Malta to host the following meeting, an invitation that was unanimously accepted by the other Presidents.

The meeting in Malta will consist of two two-hour sessions and at the end of the second session a joint news conference will be held by all the Heads of State at the Mediterranean Conference Centre in Valletta.

The President of Malta said that the Presidents will discuss pressing global issues such as security and instability in the East and South of the EU, the EU’s role and relevance in the world and the EU’s possible contribution to overcoming global social injustices such as famine in Africa and access to health and education.

The President of Malta also said that the war in Ukraine and the ongoing instability in the Mediterranean will be on the meeting’s agenda.

The ‘Arraiolos Group’ first met in 2003 in the town of Arraiolos in Portugal with the participation of six Presidents who discussed the preparations for the enlargement of the EU and the discussions related to the EU’s Constitutional Treaty.

President Emeritus Marie-Louise Coleiro Preca was invited to attend the 2015 meeting in Germany. In 2017, the meeting was held in Malta for the first time.

President George Vella attended the ‘Arraiolos Group’ meetings held in Athens in 2019 and in Rome in 2021. On both occasions, he was very satisfied with the open and very informative discussion between the Presidents on the regional and world challenges that are affecting the people they represent.

During the meeting in Malta, Mrs Miriam Vella will be hosting the Presidents’ partners in a separate programme. 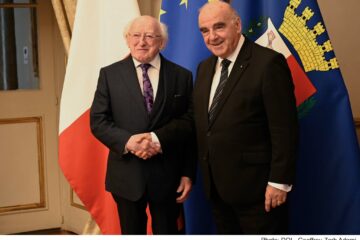 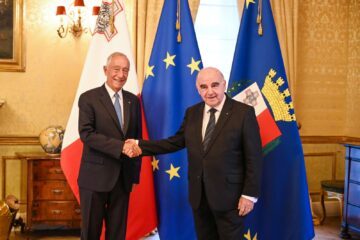 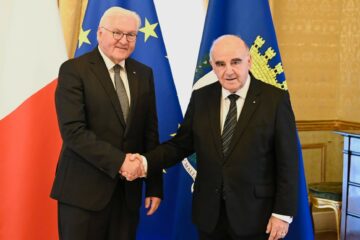